Call now for a free consultation; No win - no fee! 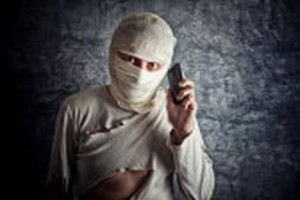 Head injuries are injuries to the scalp, skull, or brain caused by trauma. Concussions are the most common type of sports-related brain injury with an estimated 1.6 million to 3.8 million sports-related concussions a year. A concussion is a type of traumatic brain injury (TBI) that happens when the brain is jarred or shaken hard enough to bounce against the skull. This can happen when two athletes collide or when someone falls and hits his or her head. It can also result from being hit in the head with a piece of sporting equipment. In a sport such as soccer, even “heading” the ball can cause a concussion. A concussion causes an alteration of a person’s mental status and can disrupt the normal functioning of the brain. Multiple concussions can have a long-lasting, cumulative life-changing effect.

You don’t have to be hit in the head to experience a concussion. An impact elsewhere on the body can create enough force to jar the brain. You also won’t necessarily lose consciousness with a concussion. Concussions range from mild to severe. The effects may be apparent immediately, or they may not show up until hours or even days later.